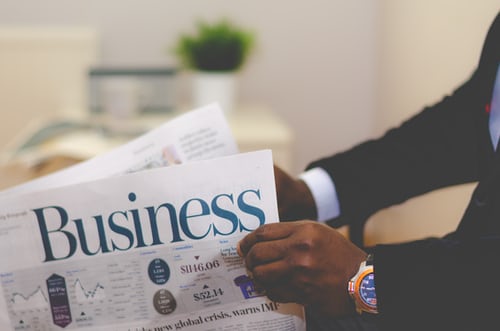 In the last email I wrote aboutthe role of risk and growth in determining the value of a business. You mayrecall the Gordon Growth Model:

Based on this formula,a high growth rate increases value, even of a risky business. And low growthexpectations can depress the value of an otherwise low risk investment.

This time, I wanted tofocus on what determines the growth rate that is used in this formula.

The first thing tounderstand is that the appropriate growth rate is a long-term growth rate-thisis not the rate of growth that a business might expect to achieve in the nextfive or 10 years but effectively, the growth rate that will govern the businessinto perpetuity.

There are somegenerally accepted boundaries within which this growth rate will fall. At thebottom end of the range is the consensus estimate for the long-term inflationrate. This assumes that the company’s cash flows would just keep pace with thegeneral level of expected inflation and not experience any real growth. Theinflation rate has averaged 2.9% a year from 1926 to 2018.

The upper end of therange is effectively limited to the estimated inflation rate plus the expectedreal growth in the gross domestic product (“GDP”) of the United States. Due tothe magic of compounding, and the fact that perpetuity is a very long time, ifthe growth rate exceeds this level, then theoretically the company’s valuecould exceed the GDP some point in the future. Historically, the average annualgrowth in GDP from 1926 to 2018 has been 3.2% which implies that currently theupper limit of the applicable growth rate is 6.1%.

A survey which askedvaluation professionals the general range of the long-term growth rates thatthey used showed the following:

Why should we care?Well, doing the math, if a company is being valued with a discount rate of 18%,then the value would be 27% higher using a growth rate of 6.1% versus 2.9% - apretty significant impact on value.

In some circumstancesit might be appropriate to use a growth rate less than the inflation rate, butthis would imply that the company is in a state of terminal decline. And inrare circumstances a negative growth rate may be appropriate if a discrete endto the cash flows can be forecasted e.g. a patent expiring or the exhaustion ofpetroleum reserves.

The ultimate determinationof the growth rate used in the valuation will reflect the company’s uniquecharacteristics and the state of the market in which it operates. For example,if the company expects to have higher growth in the near future, the valuationanalyst may select a growth rate towards the higher end of the range to reflectan average of higher short-term rates falling to lower rates in the long run. Alternatively,if prospects are relatively modest, the rate closer to the inflation rate maybe appropriate.